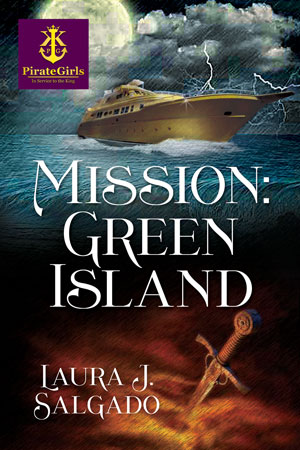 "An amazing adventure that is totally believable and thought provoking - where spiritual forces of darkness are defeated through standing in the King’s power." Jeanette Littleton, Editor

Christy is thrilled to join the Pirate Girls, an elite team serving the King who lives in the magnificent castle up the hill from her town. Ignoring ominous signs, she boards the Golden Cross. The fate of Green Island depends on the Pirate Girls' rescue of the governor's daughter from an unseen enemy. During the mission, dark forces oppose the team and fill Christy's mind with fear and doubt. When she finally recognizes the source of the attack, she worries it is too late.